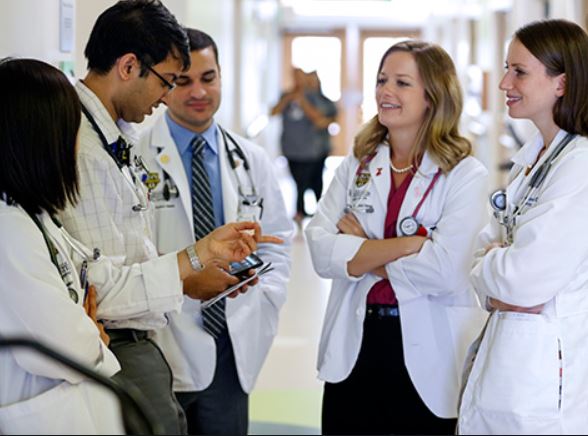 White coats are known to be potential transmitting agents of multi-drug resistant organisms. This study was conducted to determine the level and type of microbial contamination present on the white coats of medical students in order to assess the risk of transmission of pathogenic micro-organisms by this route in a hospital setting.

A cross sectional survey of the bacterial contamination of white coats in a tertiary care hospital. 100 medical students working in various specialties were included in the study. Swabs were taken from 4 different areas of the white coat – collar, pocket, side and lapel and processed in the Microbiology department according to standard procedures.

Although most of the white coats had been washed within the past 2 weeks, the sides of the coats were the most highly contaminated areas followed closely by the collar and pockets. Staphylococcus aureus was the most common isolate followed by coagulase negative Staphylococci and Gram negative non fermenters. Most of the Gram positive cocci were resistant to Penicillin, Erythromycin and Clindamycin.

White coats have been shown to harbor potential contaminants and may have a role in the nosocomial transmission of pathogenic microorganisms. Thus, a yearly purchase of white coats and the possession of two or more white coats at any point in time should be made compulsory. There is pressing need to promote scrupulous hand washing before and after attending patients and alternatives to white coats, including universal use of protective gowns, should be considered.

Any references to “disinfection” on this website are referring generally to the reduction of pathogenic microorganisms and are not intended to refer to any specific definition of the word as used for other purposes by the U.S. Food and Drug Administration or the U.S. Environmental Protection Agency.
Privacy Policy
Copyright © SteriLux Systems Inc • All Rights Reserved
Contact Us
https://steriluxsystems.com/wp-content/cache/breeze-minification/js/breeze_d0b1b3621e038fe58d28c3a9350c977c.js